Confirm you would like to remove this strategy from your list
Home » Insights » How Should Investors Construct Portfolios With Rising Inflation? 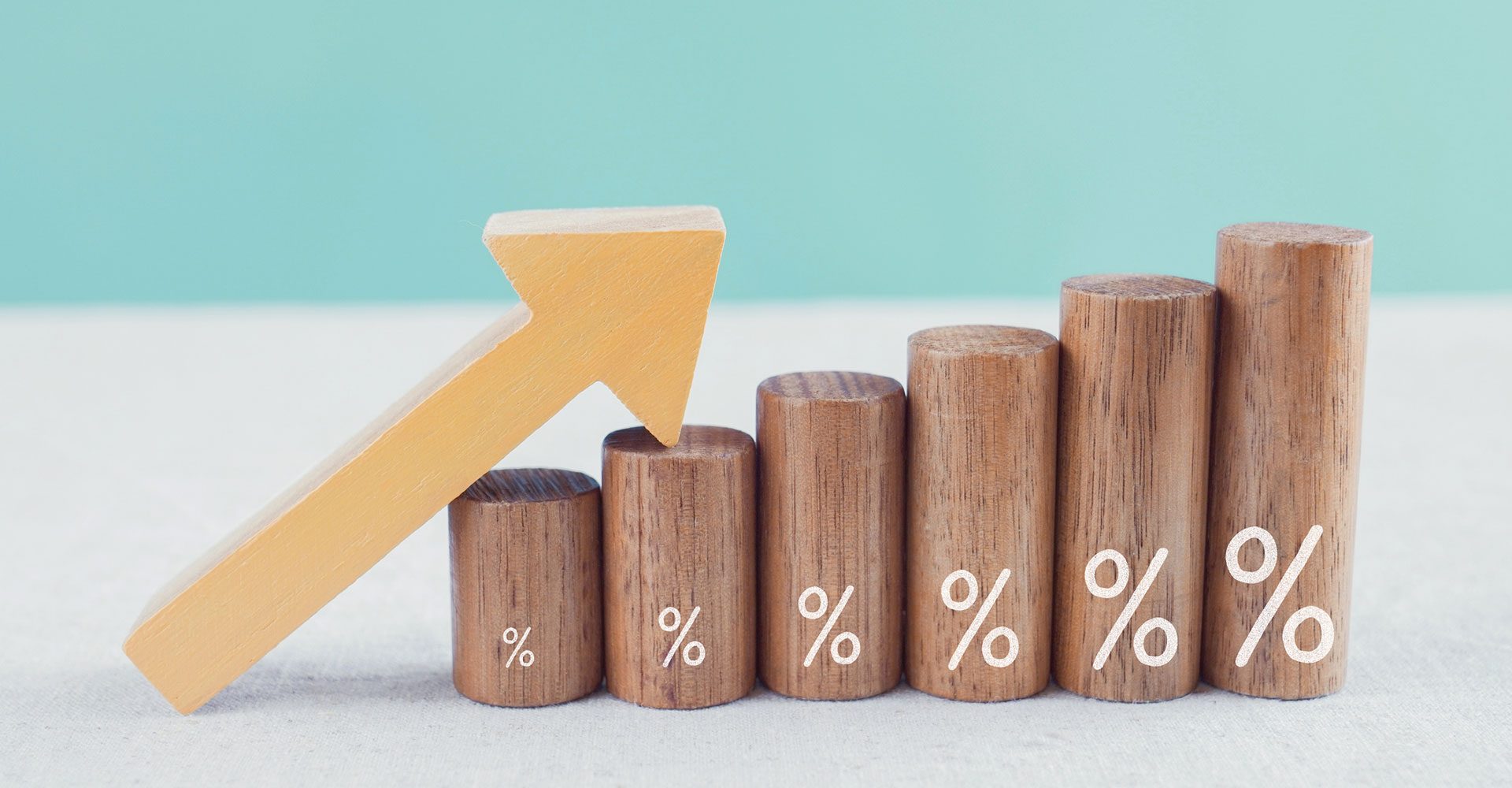 How Should Investors Construct Portfolios With Rising Inflation?

Well-balanced portfolios stocked with solid, highly vetted credits and equities acquired at relatively attractive prices, should be your starting point.

Longer-term U.S. Treasury yields have been rising alongside inflation expectations. Just how transitory an expected inflation “pop” proves matters as the economy reopens amid a gusher of fiscal stimulus.

In remarks to the press following the Fed’s March monetary policy decision to leave its key rate near zero and maintain its monthly asset purchases at $120 billion, Powell suggested the Fed’s current monetary accommodation remains appropriate. A “fairly significant pop” in “transitory” inflation this March and April is to be expected, given the base effects from the worst of the pandemic’s impact a year ago, he repeatedly pointed out.

The risk, according to Thornburg President and CEO Jason Brady, is that “if higher inflation expectations get more entrenched, the Fed will be failing on its goal of anchoring inflation at 2%.” In its formal statement, the Fed noted that with inflation having run “persistently below” its long-run goal of 2%, the monetary authority “will aim to achieve inflation moderately above 2% for some time so that inflation averages 2% over time and longer term inflation expectations remain well anchored at 2%.”

In their summary of median projections, Fed officials see PCE inflation hitting 2.4% this year, up from 1.8% in December, while the unemployment projection fell to 4.5% from 5% previously and its GDP forecast rose to 6.5% from 4.2%. They also upgraded their GDP and employment forecasts for 2022, while cutting their inflation outlook even as they signaled that no rate hikes are expected through 2023. Quite the rosy outlook.

Markets initially took the Fed’s optimism in stride, with blue-chip equity indices closing the session at record highs, as short-dated Treasury yields edged lower and longer-dated risk-free yields inched higher, while the dollar softened. But in the following session, stocks wobbled, Treasury yields rose across the curve and the dollar recouped its losses from the day before. The market seems less certain than the Fed that an inflation spurt will peter out in short order. Why?

Alongside the monetary stimulus, Powell welcomed the latest fiscal aid package totaling $1.9 trillion, marking the third fiscal infusion following last December’s $900 billion and the $2 trillion CARES Act last March. As a result of its deficit financing, the Fed’s balance sheet has grown dramatically to $7.629 trillion from $4.221 trillion at the beginning of 2020. M2 money supply has skyrocketed.

Even before the latest $1.9 trillion stimulus package, the 2021 federal budget deficit estimate was running over 10%, but now is likely to reach closer to 20% of GDP, which is comparable to WWII-level deficit spending.

Yet the war against the virus is looking very successful, certainly on the homefront: about 100 million people in the U.S. are already vaccinated with at least one shot, and jabs have climbed to some 2.0 million a day as mass vaccination sites are increasing in number and capacity. This, of course, doesn’t include the unknown number of untested people who contracted and have recovered from the virus, and so already have antibodies.

In any event, President Joe Biden said doses would be available for every American adult to be vaccinated by the end of May. So economic reopening is arriving with growing virus immunity and spring weather around the corner. In the second and especially the third quarter of this year, it’s reasonable to expect a powerful rebound in pent-up demand fueled by excess savings that Bloomberg Economics estimates at $1.7 trillion at the end of January, nearly as much as the latest stimulus package. The U.S. personal savings rate hit 20.5% in January, while personal income, which comprises wages, investment and rental income, not to mention government transfer payments, was up an annual 13%.

Powell expects people will spend more as the virus recedes, but the snap-back in spending at restaurants, theaters and travel may not be as great as people think. “You can only go out to dinner once per night, but a lot of people can go out to dinner,” he noted, adding thave; USD trillionst some may choose to get out and about in crowded settings sooner than others. As for the potential inflationary impacts from a broad jump in commodities prices—the Dow Jones Commodity Index is up more than 70% from its year-ago level– and bottlenecks in the supply chain, firms may choose not to pass along price increases to end consumers, he said. But Powell stressed the coming bump in inflation shouldn’t change long-term inflation expectations.

To be fair, Brady points out, the world has grappled with significant deflationary challenges, from demographics to productivity, for more than a decade. “But home prices are higher, energy and food prices are higher, and wages are definitely moving higher even with slack in the labor market.” Powell noted U.S. employment is still 9.5 million below its pre-pandemic level.

While the market’s immediate reaction to the Fed’s guidance was relatively calm, there’s no guarantee it will stay that way. At roughly 1.74%, the 10-year Treasury yield has more than doubled from its average level in the second half of last year, while PCE inflation, which hit 1.5% in January, was also up from its 1.2% average in the last six months of 2020.

If 2.4% inflation lasts longer than the Fed expects and long-term inflation expectations start anchoring around that higher level, then longer-term market rates will climb as well, and pressure will build on the 10-year Treasury yield to move to a zero or positive real, inflation-adjusted rate, Brady warns.

On the other hand, if higher inflation really is transitory as the stimulus moves through the economy and starts to settle back toward the 2% target, “then the market could look through it,” says Lon Erickson, a portfolio manager on Thornburg’s Global Fixed Income team. “In that case, the 10-year Treasury doesn’t move much more. In either case, I think you get substantial volatility in the U.S. Treasury market while participants try to figure it out.”

Powell shrugged off questions about yield curve control, in which a monetary authority targets some longer-term rate and calibrates its sovereign bond purchases accordingly. As seen in Japan and more recently Australia, the presumed benefits associated with yield curve control don’t appear to have panned out. Still, higher longer-term market rates could create headwinds for the real economy, from higher mortgage rates hitting the housing market, to the unsettling of a highly leveraged corporate sector, to rising interest expense on federal debt, which could crowd out other public spending priorities, Erickson warned.

As for companies not passing along price increases to their customers, “they don’t do it out of the goodness of their hearts,” Erickson says. “Rather, global competitive dynamics necessitate it, so they don’t price themselves out of the market. I don’t think this pressure is going to disappear any time soon, but it could change if global competitor cost positions rise on a relative basis.”

Just as inflation is on the rise, so are inflation expectations: at 2.32%, the U.S. 10-year inflation breakeven rate, which reflects market inflation expectations 10 years down the road, just hit its highest level in eight years. Longer-term market rates may rise quickly if market participants determine the Fed’s assessment of transitory inflation isn’t materializing. Volatility, particularly in fixed income markets, would intensify, especially for leveraged bond portfolios.

This is not a solicitation or offer for any product or service. Nor is it a complete analysis of every material fact concerning any market, industry, or investment. Data has been obtained from sources considered reliable, but Thornburg makes no representations as to the completeness or accuracy of such information and has no obligation to provide updates or changes. Thornburg does not accept any responsibility and cannot be held liable for any person's use of or reliance on the information and opinions contained herein.

Outside the United States

This is directed to INVESTMENT PROFESSIONALS AND INSTITUTIONAL INVESTORS ONLY and is not intended for use by any person or entity in any jurisdiction or country where such distribution or use would be contrary to the laws or regulations applicable to their place of citizenship, domicile or residence.

Thornburg is regulated by the U.S. Securities and Exchange Commission under U.S. laws which may differ materially from laws in other jurisdictions. Any entity or person forwarding this to other parties takes full responsibility for ensuring compliance with applicable securities laws in connection with its distribution.

Please see our glossary for a definition of terms.